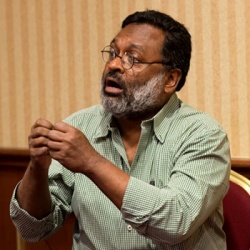 Ashok Panikkar, founder of Meta-Culture, is a mediator and dialogue facilitator specializing in working with polarized groups. He is also a teacher on critical thinking, creativity and cross-cultural engagement who has worked extensively in the US, South Asia, and parts of Europe and the MENA region. An autodidact and student of history, politics and philosophy, Ashok is acutely aware that he has been privileged to live as a free human being in democratic India and the USA. He is committed to ensuring that future generations will have the same rights and freedoms that he has had. To this end, over the past decade he has worked.

He has presented well-received keynote speeches and papers at professional conferences worldwide, including a speech for the Mediators Institute of Ireland, in October 2016 at Dundalk, Ireland on Brexit and its implications for Conflict Resolution. Since then he has presented on democracy, its vulnerabilities and the role of citizens at venues such as the John Jay College of Criminal Justice, NYC, Benjamin N Cardozo School of Law, NYC, Mediators Beyond Borders International NYC, Association for Conflict Resolution, NYC, George Mason University Washington DC, Emerson College, YWCA and Lead Boston, Boston, Washington DC Public Library and the like. He writes a blog on Democracy called: Rights, Slights and Free Lunches– Notes from the edges of Democracy (www.ashokpanikkar.com).

Kacie LeCompte Renfro is an author and human rights advocate.  Her career has been spent predominantly in the fields of refugee resettlement through various organizations here in the U.S., and domestic and international advocacy for underserved youth demographics through Save the Children.  She holds a BA in Philosophy from St. Mary’s College of CA and an MA in Philosophy with an emphasis in Religious Studies from Georgia State University.  Kacie is a native of San Francisco, CA now living in Kentucky with her husband and daughter.

Aysha is a multimedia design specialist and strategist currently based in Bournemouth, England. With a strong background in design and over half a decade of experience in print and digital design, Aysha focuses on strategically combining visual creativity with digital insights to deliver results. Her areas of focus are illustration, branding and identity, digital marketing and content strategy.
Website • Linkedin
Twitter: @samrin_aysha

Bobby was an enthusiastic team member in the first months who helped develop our nascent presence in social media. His interest in video and graphics led him to create our first communication material. 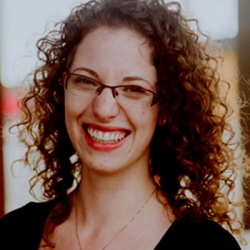 Cleo Rogers is a graduate student in the International Peace and Conflict Resolution Program at American University. Cleo aspires to build a career in International Affairs, particularly in peace and conflict resolution. She recently graduated from the University of Nebraska-Kearney with a B.A. in International Studies and Political Science with a Spanish minor.

Brooke Cox is a rising senior in the BA International Joint Honours Degree Program between the University of St. Andrews (UK) and the College of William and Mary (USA). This special four-year program allows her to study at both universities and receive a joint-honours degree in International Relations upon graduation. During her time at meta-Culture, Brooke initiated the Meta-Culture College Program and helped grow Meta-Culture’s social media platforms.

William graduated from Exeter University with a Master’s in Social and Political Philosophy with an emphasis on theories of democracy. He recently emigrated to the USA and has worked for Meta-Culture since May where he has focused on development and communication. Prior to his move, William has worked in education, local business, and recruitment.