There are three ways to improve the functioning of a democracy:

Better Mechanisms and Systems: Some suggest that greater democ­racy and better mechanisms will correct the ills of democracy: electoral reforms, campaign finance laws, ref­erendum, initiative and right of recall.

Better, Well Meaning People: Others think that if only people actively participated in voting and “good”, “well meaning” people stood for elections, democracy would improve.

Better Culture and Thinking: Meta-Culture takes the stance that, even as these two approaches are important, the success of democracy lies with the citizens themselves. Unless we build a culture of democracy, where people develop the capacity to engage in reason, dialogue, negotiation and cooperation, democracy will falter. 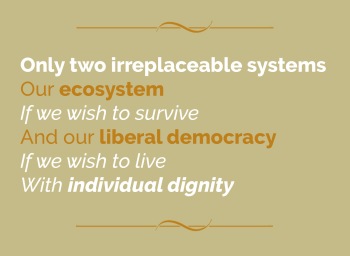 In both of these cases, after the initial euphoria about ‘freedom’, ‘independence’ and ‘opportunity’ wear off, the reality of complex and difficult choices results in some interests being met, often at the cost of others. This “imbalance” gives rise to perceptions of “winners” and “losers” who eventually see themselves or others as “oppressors” and “victims’”.